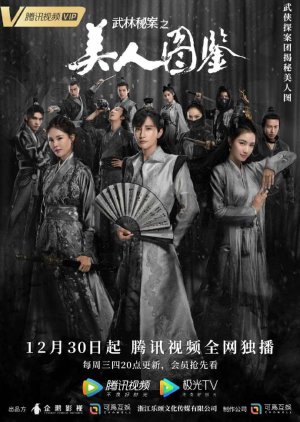 Young noble Chu Yun Xiao crosses paths with female doctor Leng Xing Chen because of a beauty portrait. Together with their friends, the six people who are pulled into a terrifying conspiracy form a detective team to uncover the secrets surrounding the portrait. Chu Yunxiao has ventured into the pugilistic world for the first time. Aspiring to be a chivalrous hero, he relies on his outstanding martial arts skills and high intelligence to solve a difficult case. However, he unexpectedly discovers that he is also a chess piece in this dangerous game. As the fog is slowly lifted, Chu Yun Xiao becomes aware of an unbearable truth that the past twenty years of his life was nothing but a lie.

Create a free acount to gain access to tons of cool features like subscribing to your favorite tv shows and receiving Facebook notifications when a new episode is released.

All your favorite TV Shows in one place.
We moved to watchseriess.net, please bookmark new link. Thank you!